The home team was led by a magnificent performance from Tony Wroten, who poured in 31 points to go with eight rebounds and eight assists.

Wroten also hit two decisive 3-pointers late in the first half that blew open a close game. Teammate Martin Dorbek started Kalev’s surge with a triple of his own, snapping a 31-31 tie, before Wroten struck twice to give the Estonians a 43-32 lead at halftime.

Zenit, which still had a shot at catching Lokomotiv-Kuban for 4th place entering the game, never threatened in the second half and trailed by as much as 22.

Kalev simply would not be denied, behind Wroten’s terrific play and another 20+ point game from Arnett Moultrie.

The home team shot 65% inside the arc and dished out 28 assists, nearly twice as many as St. Petersburg (15).

Zenit only had two players in double digits (Miller-McIntyre and Scrubb) and likely missed the presence of big man Jalen Reynolds as the Estonians out-rebounded Joan Plaza’s men 40-35.

The win helps Kalev improve to 12-12 on the season, clinching a postseason berth, while eliminating both Avtodor and Enisey from the hunt.

Zenit falls to 14-10 with the defeat and could still finish as low as 8th place with two tough home games remaining vs. Lokomotiv-Kuban and Astana.

Stat
1 – number of playoff appearances for Kalev and number of times the Estonians have defeated Zenit. April 17 proved historic for Donaldas Kairys’ men on multiple counts.

Play of the game

Quotes
Kalev head coach Donaldas Kairys: “Outstanding game! We understood how important this game was and knew that we could clinch a playoff spot today. We also had info that Zenit had issues with its roster and we could take advantage.

Tony Wroten played an unbelievable game today, both his scoring and his overall impact on the game. The season isn’t over yet, but I think this was one of our best games. We can’t wait for the playoffs!”

Zenit head coach Joan Plaza: “Kalev absolutely deserved to win. It’s hard to add much else. They had more energy than us today. We clearly started to run out of steam in the second half. We didn’t do our job today. I’m not looking for excuses with the roster, but obviously losing starters will have an impact. Those weren’t the reasons for the loss. We lost because of our mistakes. But those problems made it a lot more difficult.” 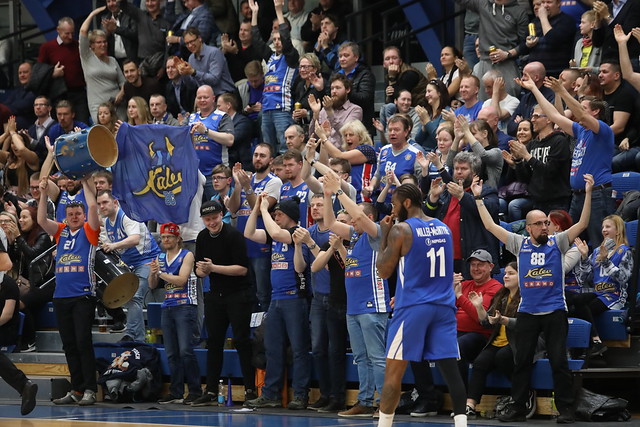