Story
Zielona Gora picked up its first win in the League since November 3, taking down PARMA at home, 88-63. Darko Planinic led a balanced Polish attack with 16 points as the home team shot 43% from beyond the arc and 56% overall.

PARMA’s defense was helpless in the 1st quarter, giving up 31 points to the Poles. Zielona Gora knocked down seven of eight field goals to close the period, turning a four-point lead into 14 (31-17) in only four minutes.

Despite outscoring the home team by three (19-16) in the 2nd quarter, PARMA never got closer than 11 and trailed by double digits at halftime, 47-36.

Zielona Gora turned the second half into a rout, extending its advantage to 20 in the 3rd quarter. PARMA never got going on offense, scoring only 27 in the second half while shooting 36% from the field as a team on the evening.

New signing Ken Brown was the lone bright spot for the visitors, scoring a team-high 13 on 5-8 shooting to go with six assists. He was the only player in double digits for PARMA, which scored a season-low 63.

Zielona Gora improves to 3-9 with the win. PARMA has lost four in a row and drops to 3-10.

Stat
88 – After scoring 41 and 57 points, respectively, in losses to Lokomotiv and VEF, Zielona Gora matched a season-high with 88 points.

Quotes
Zielona Gora head coach Igor Jovovic: “I think we deserved to win. We controlled the game for the entire 40 minutes. I was very happy by what I saw today, starting with the effort from the players. PARMA did not show everything it’s capable of today. Road games in the VTB League are very difficult.”

PARMA head coach Nikolajs Mazurs: “We got off to a bad start. The tempo was too slow. We have a new point guard, so we were lacking organization today. Our opponent took more shots today. Ultimately, we had a chance to come back, but we didn’t take advantage.” 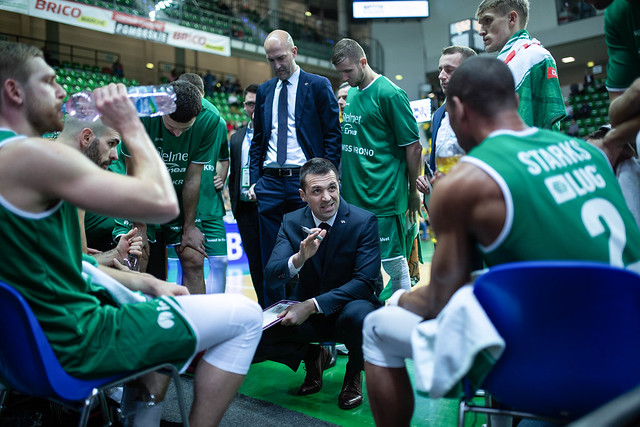