Story
Lokomotiv-Kuban routed Zielona Gora by 32 as the Polish club became the first team since Krasnye Krylia in February 2015 to score 41 points.

The game was actually close at halftime. Both teams struggled mightily on offense, combining for a measly 49 points at the break with Lokomotiv on top by five, 27-22.

The breakthrough for Krasnodar came in the 3rd quarter. Dorell Wright hit back-to-back triples to give Loko its first double-digit lead, 37-25, and the home team went on to outscore the Poles by 15 in the period.

The Railwaymen were unstoppable from beyond the arc, knocking down seven 3-pointers between the 7:35 and 0:38 marks in the 3rd quarter without a single two-point field goal.

Loko has now won four of its last five and only trails 4th-place Astana on winning percentage.

Zielona Gora, after beginning the season 2-2, has dropped to 2-8 and 12th place.

Stat
41 – It’s been nearly four years since a team scored 41 points in the VTB United League. Zielona Gora recorded the dubious achievement by shooting 24% from the field (13-54).

Quotes
Lokomotiv-Kuban head coach Vlada Jovanovic: “Today we played very tough-nosed, stifling defense for all 40 minutes. We couldn’t find our rhythm on offense before halftime, but then everything came together and Loko began to dominate in all components of the game. In the 3rd quarter, we controlled the rebounds and shot the ball really well from the perimeter. Overall, Lokomotiv-Kuban was much stronger in the second half and deserved to win.”

Zielona Gora head coach Igor Jovovic: “Lokomotiv controlled the game, especially in the second half. We played very poorly on offense for the entire 40 minutes. We need to be honest and recognize that with this level of individual talent it’s tough to compete with a contender. We played better at the end, but it was too late.” 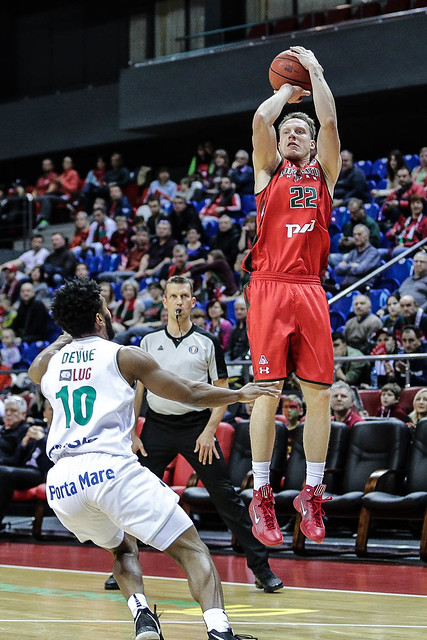