Tsmoki-Minsk had high expectations coming into the season and began the game on top, leading 19-17 at the end of one quarter. Despite squandering a ten-point lead midway through the second quarter, Minsk only trailed by one at halftime and scored the first four points of the second half to go back on top by three.

Turning Point
The momentum shifted abruptly, thanks to a 10-0 run from the visitors, punctuated by a Savovic 3-pointer that made it 46-39. Trailing by more than a couple possessions for the first time, Minsk never regained its composure. Zielona Gora drilled six 3-pointers in the quarter to push the lead to 13 and cruised the rest of the way.

The Poles record a triumphant debut in the League, while Minsk will try to figure out what went wrong defensively in the second half, after conceding 53 points.

Stat
7 – Zielona Gora committed only seven turnovers, making it virtually impossible for Minsk to mount a comeback after falling behind in the 3rd quarter.

Quotes
Tsmoki-Minsk head coach Aliaksandr Krutsikau: “Of course, you can’t play the way we did in the 3rd quarter. I think it was obvious to everyone that losing that quarter essentially decided the outcome.

In the first half, we only committed six turnovers, but finished with 17, compared to seven for our opponent. Many of them also led to fast-break points, where we couldn’t defend. But I think the main reason we struggled at the end of the 3rd quarter was our opponent’s aggressive defense. That allowed Zielona Gora to gain an advantage. Unfortunately, we couldn’t stop Boris Savovic, who played terrific under the basket.”

Zielona Gora Igor Jovovic: “We’re newcomers in the League and, of course, were very nervous before the first game. I think we understood it would be a tough game, especially after our long trip. I was a little nervous whether or not we would have enough energy. But in the end I’m satisfied with the work put in by our guys on the court. We managed to concentrate, play confident defense and pull out a win.

We watched the game with Torun and wanted to show the same energy and speed, in order to prevent the home team from playing the type of basketball they love.” 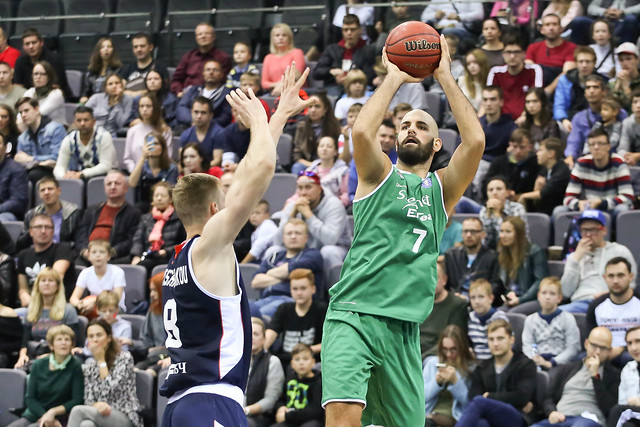 Up Next
Tsmoki-Minsk: October 13 home vs. Astana
Zielona Gora: October 20 away vs. UNICS