Story
The 1st quarter was competitive, before Khimki clamped down on defense in the 2nd to stretch its lead to double digits. PARMA only scored 17 points in the period, trailing 50-39 at halftime.

Though the visitors were able to trim the deficit to eight entering the 4th quarter, Alexey Shved and Malcolm Thomas, who combined for 46 points, appeared to have the game in hand for Khimki.

Turning Point
Frank Gaines brought PARMA back into the game, then Tre’ McLean stunned the home crowd with back-to-back threes that gave the visitors a 79-78 lead.

With a minute remaining, PARMA remained in front, 87-86, but Shved was able to find Stefan Markovic on the perimeter, who drained a 3-pointer to give Khimki the two-point advantage.

On the next possession, Shved stripped McLean and drew a foul, knocking down one of two free throws.

PARMA had a chance to tie the game at the buzzer, but Miller-McIntyre’s three-point shot missed and Khimki survived, improving to 11-9 on the season. PARMA drops out of the playoff zone, falling to 7-13.

Stat
74% – Khimki set a season record by shooting 74% from inside the arc. Moscow Region finished with 48 points in the paint, more than half of its total offense.

Block of the Game

Quotes
Khimki head coach Georgios Bartzokas:
– I don’t want to say much about this game. I think everyone’s thinking about the EuroLeague playoffs right now. From the outside, it looks like our team isn’t motivated enough for these games. Plus, our club is reminiscent of a medical institution, considering how many players are out with injuries. Gill got hurt and we decided not to risk it. From that angle, a win over PARMA was important. Miller-McIntyre is an excellent player who sees the court very well and PARMA is very good on offense, which is why they scored 87 points. In games like these, you need to play solid defense and be smart on offense. Sometimes that works out in VTB League games, sometimes it doesn’t. Ahead of the two biggest months of the season, we are waiting for our players to get healthy. As a team we need to play good basketball with heart and desire.

PARMA assistant head coach Viacheslav Shushakov:
– We wanted to win. At the beginning, we had some problems on offense, but on defense we more or less managed. It’s another thing that we weren’t able to hold our own under the basket, which is how Khimki pulled away in the first half. Then we reorganized things and won the two final quarters, but as it goes in games like these, we weren’t lucky enough down the stretch.

Up Next
Khimki: April 12 away vs. Tsmoki-Minsk
PARMA: April 22 away vs. Lokomotiv-Kuban 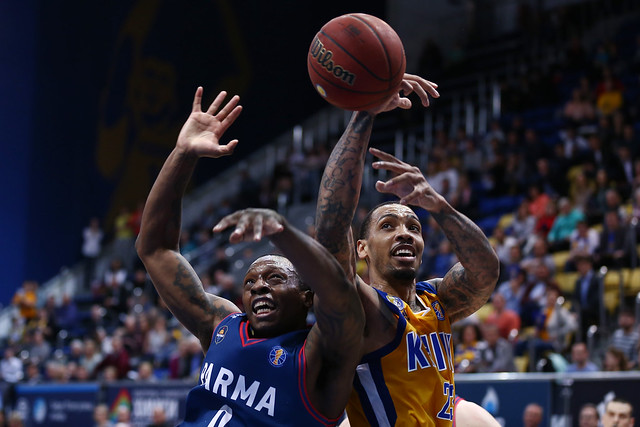