Story
Nando De Colo scored 24 points on 5-7 shooting from beyond the arc as CSKA rolled to a 90-71 win at home vs. rival Khimki. The Army Men have now won 15 in a row vs. Moscow Region and move into a tie for 2nd place with Lokomotiv-Kuban (12-2).

Despite trailing most of the contest, Khimki was within eight, 70-62, with seven minutes remaining. Serbian guard Stefan Markovic had a chance to make it a two-possession game, but his 3-pointer was off the mark.

At the other end, CSKA forward Andrey Vorontsevich extended the lead to 11 with his only triple of the game and the visitors never got closer than nine points the rest of the way.

Three-point shooting was the name of the game. CSKA drained 12 of 23 attempts for 52%. Khimki went a paltry 5-25, including 1-9 shooting from Alexey Shved, who finished with 18 points in the defeat.

The loss drops Khimki into a tie for 5th place with Avtodor (7-6) with top-four hopes fading quickly in Moscow Region.

Aerial Assault
The game may have been over, but that didn’t prevent Khimki forward Tyler Honeycutt from delivering one of the best plays of the season.

Quotes
CSKA head coach Dimitris Itoudis:
– Congratulations to the team. The game began with a shocking scenario, when Othello Hunter was injured. Given Kyle hurt his calf muscle against Real (he doesn’t even know when it happened), and Pasha is still rehabbing, we were essentially without a center. Nonetheless, we were prepared and practiced with forwards at the center position, and five small guys. The team showed its character and came together even though it was far from its comfort zone. I’d say we felt comfortable in an uncomfortable situation. And, like I said after the win over Panathinaikos, games like these help you gain confidence, make you tougher, and eliminate undesirable qualities. Overall, we were better today. We won three quarters and held on when Khimki tried to come back to secure an important win. Also, congrats to our fans, who helped us with their support.

Khimki head coach Georgios Bartzokas:
– It’s obvious that you need to play better if you want to win here. There were certain circumstances that affected the course of the game–above all, Hunter’s injury. CSKA was forced to use forwards at the center position and we should have taken advantage. But we didn’t make our shots. We played very poorly on offense. We didn’t have enough patience and didn’t move the ball enough. CSKA took advantage with fast breaks. Everyone knows that CSKA is the best offensive team in the EuroLeague and they showed that today. We only scored 71 points, which is too few. It’s not that we’re lacking energy. Every team is in an identical situation. We miss Robinson, which is why we aren’t winning the rebounding battle. Overall, we didn’t execute the plan today and didn’t deserve to win.

Up Next
CSKA: February 11 away vs. Tsmoki-Minsk
Khimki: February 12 home vs. VEF 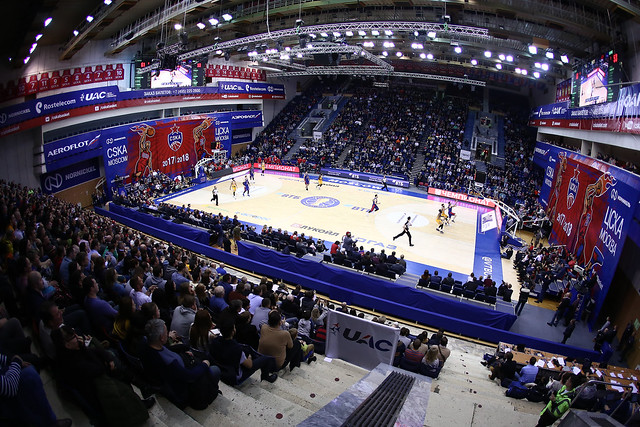