Story
Loko toppled the only remaining unbeaten team in the League, CSKA Moscow, with an 11-point win on the road Sunday.

Led by 17 points from Dmitry Kulagin, who joined Lokomotiv this season after two years at CSKA, the Railwaymen turned a tight game into a blowout early in the 4th quarter to secure the victory.

CSKA was coming off a loss earlier this week to Barcelona and hadn’t lost two in a row this season between EuroLeague and VTB United League competition.

But Lokomotiv-Kuban showed no fear playing on the road vs. the reigning champs, leading the game wire-to-wire behind excellent shooting (57% from the field) and a stingy defense that allowed held CSKA to 40% shooting and 79 points.

Krasnodar was even able to overcome 17 turnovers, including six in the 1st quarter.

The turning point came at the beginning of the 4th quarter. Nursing a five-point lead, 62-57, Loko opened the period on a 17-7 run, highlighted by a pair of Dmitry Khvostov triples.

With less than five minutes to go, CSKA mounted a furious rally, cutting the deficit to five with 2:31 remaining, but the visitors were able to hold on. Kulagin and Frank Elegar combined to go 7-8 from the line, while Sergio Rodriguez and Nando De Colo combined for two turnovers and three missed 3’s down the stretch.

This is Lokomotiv’s first victory against CSKA since December 2016, moving the Railwaymen into sole possession of 2nd place, only a half game behind the Army Men (10-1 vs. 9-1).

Stat
0 – number of times CSKA led. It’s the first time in VTB United League history the Army club has never had a lead in a game.

Quotes
CSKA head coach Dimitris Itoudis:
– Thank you to the fans for coming to cheer for us, even though it is Christmas today in Russia. I want to apologize to the fans that we were not able to win today. I can promise one thing: We will work even harder in practice, in games and absolutely bounce back.

Lokomotiv-Kuban head coach Sasa Obradovic:
– Congratulations to my team. This was an important win against a strong opponent. We battled from the first to the last minute. We showed toughness in every possession and found a way to win. We are very happy. I think Kulagin is always very motivated, but before this he didn’t have a chance to show what he could do. Now he does and he’s using it in the best possible way: first on the national team, now for Loko. We’re very happy he’s on our team. 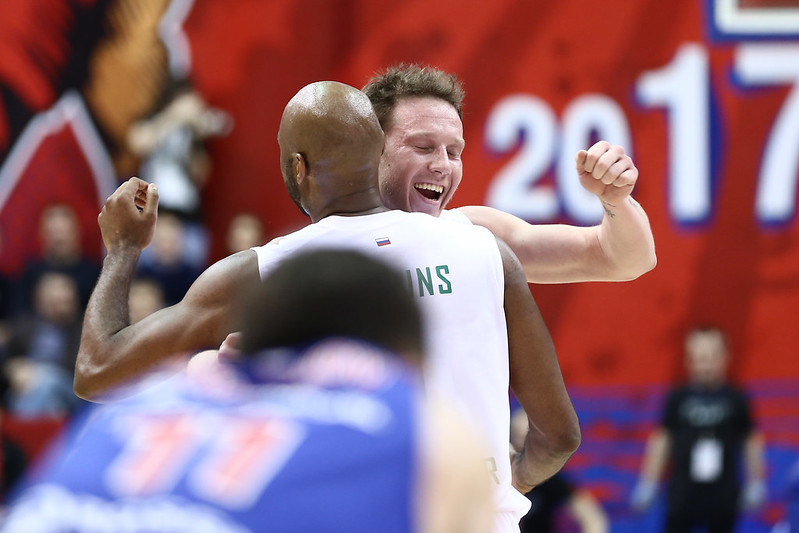