Story
Enisey erased an early deficit to defeat visiting Nizhny Novgorod and pick up its first victory of the season. Six players scored in double digits for the home team, led by Zabian Dowdell and Anthony Hilliard with 17 apiece. Nizhny Novgorod couldn’t take advantage of 26 points from Petr Gubanov, falling to 1-1.

The visitors led most of the 1st quarter and into the 2nd. Dmitry Uzinsky led the way with all 10 of his points coming in the first five minutes as he helped Nizhny go in front, 18-14.

Zoran Lukic’s club stayed on top by 1-2 possessions until midway through the 2nd quarter.

Trailing 39-33, Enisey spliced together a 10-0 run, forcing Lukic to call a timeout. The visitors responded by briefly regaining the lead, but the home team hit the locker room with a 55-52 edge.

Turning Point
After Ivan Strebkov’s alley-oop made it a two-point game, 59-57, early in the 3rd, Enisey ripped off a decisive 14-3 run. Nizhny’s defense simply couldn’t stay in front of the Enisey players, giving up eight free throws during the run. The home team converted seven and never allowed Nizhny to get closer than seven points the rest of the way.

Hilliard punctuated the win with a baseline dunk with 57 second remaining, making it a nine-point game, as the home team celebrated its first win of the season.

Quotes
Enisey head coach Oleg Okulov:
– We have a very challenging schedule. There are a lot of games. Our opponent also had a game recently. During the limited amount of time we have to practice, it’s tough to prepare for an opponent, since the teams we play against are all very different. It’s tough to change certain things in a short period. Our 27 points in the 1st quarter was a result of getting through to the players on offense, but giving up 34 showed we didn’t get through on defense. I’m satisfied with the result. We’ll keep working.

Nizhny Novgorod head coach Zoran Lukic:
–  We gave up 55 points in the first half and total of 98. You don’t win games with those numbers. We scored 90 ourselves and lost, which is unusual. We need to figure out our problems on defense. We competed well, but came up short.

Up Next
Enisey: November 4 away vs. VEF
Nizhny Novgorod: October 28 away vs. Lokomotiv-Kuban 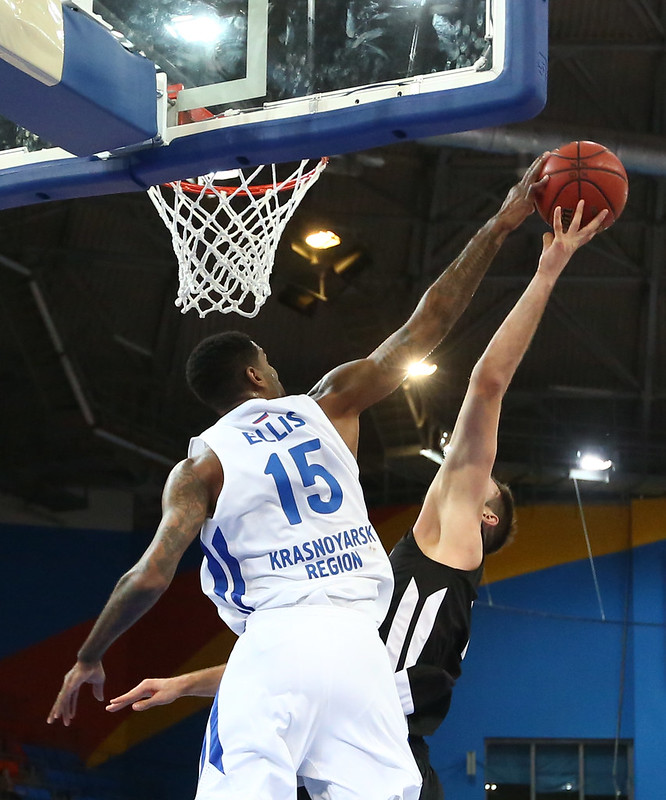