Story
Lokomotiv-Kuban’s trio of newcomers–Brian Qvale, Chris Babb and Trevor Lacey–combined for 47 points to guide the visitors over Kalev, 88-62.

Sasa Obradovic was determined to avoid a repeat of last year’s loss to Enisey in the season opener and his men responded with smothering defense and an efficient, if not flashy, performance on offense.

Kalev, behind the sharp-shooting Branko Mirkovic, took an early 12-8 lead. Mirkovic, who finished with a game-high 20, knocked down two 3-pointers to go with a layup in the opening minutes.

But Lokomotiv answered quickly. Two steals and multiple second chances on the glass helped the visitors string together a 12-0 run and seize control.

The home team hung around in the 2nd quarter. Mirkovic drilled a couple more 3-pointers, Cedric Simmons threw down a poster dunk and young Estonian forward Janari Joesaar scored four of his 11 points to pull Kalev within eight, 42-34, late in the period.

That was as close as the home team would get. Lokomotiv forced four turnovers in the opening minutes of the 3rd quarter to surge in front by 20. Kalev had no answer, losing the quarter by a score of 21-11.

Lokomotiv added to the advantage in the 4th, ultimately winning by 26 points, to pick up a win in the season opener for both clubs.

Quotes
Kalev head coach Alar Varrak:
– Today we witnessed how a very talented European team plays defense. Kalev tried to find its rhythm for a long time. We had a lot of turnovers and our field-goal percentage was not high today. It was difficult to count on a win.

Lokomotiv-Kuban head coach Sasa Obradovic:
– This was a good win for us. When it’s the start of the season, you don’t know what to expect from the game, the opposition, your own players. But we dominated on the glass today and found easy ways to score points. This was a true team victory!

Up Next
Kalev: October 15 at UNICS
Lokomotiv-Kuban: October 21 vs. UNICS 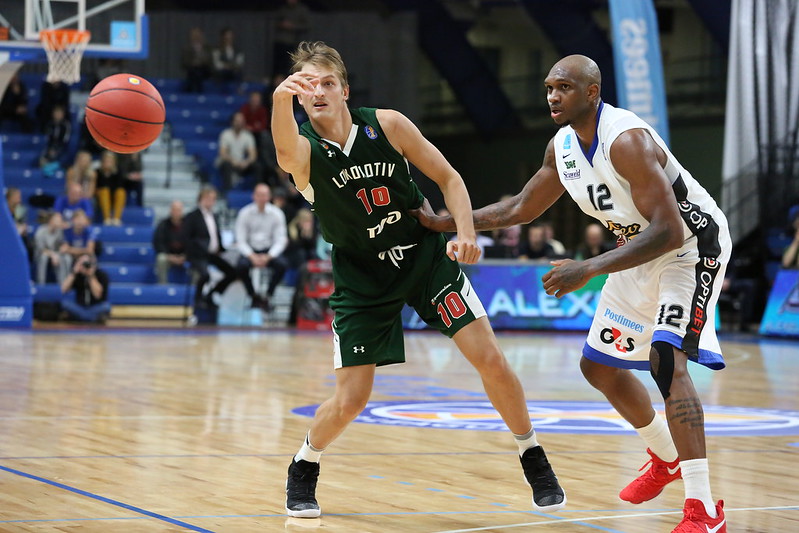