Despite a more aggressive approach on offense, Moscow Region never threatened in the second half. The visitors shot only 67% at the line (25-37) and Alexey Shved struggled again to find his rhythm, limited to 21 points on 5-16 shooting.

Khimki, who also trailed Zenit 2-0 in the semifinals, will look to avoid elimination at home in Game 3 on Tuesday.

Star
Milos Teodosic: 8-11 from the field, including five 3-pointers, 23 points and six assists. The Serb put together his best game of the 2017 playoffs to bring CSKA within one game of the trophy.

– 2-0 in the series is a good score, but that doesn’t give you a title. We have a game in Khimki on Tuesday and we need to be focused. We set the tone today from the opening minutes and remained in control most of the game. Once again, we did a good job on the glass and made good decisions on offense, regardless of Khimki’s lineup on defense. We know it will be tough in Khimki. Everyone understands that no one’s guaranteeing a game three win. You need to go and take it.

Today’s game did not work out. We want to win the next game, which we need to approach differently. It’s impossible to beat CSKA if your opponent scores 60 points in 20 minutes. We did not have a quality game on defense, or on offense. We need to battle and make the right decisions on offense. If that’s the case, we’ll have a chance in game three. 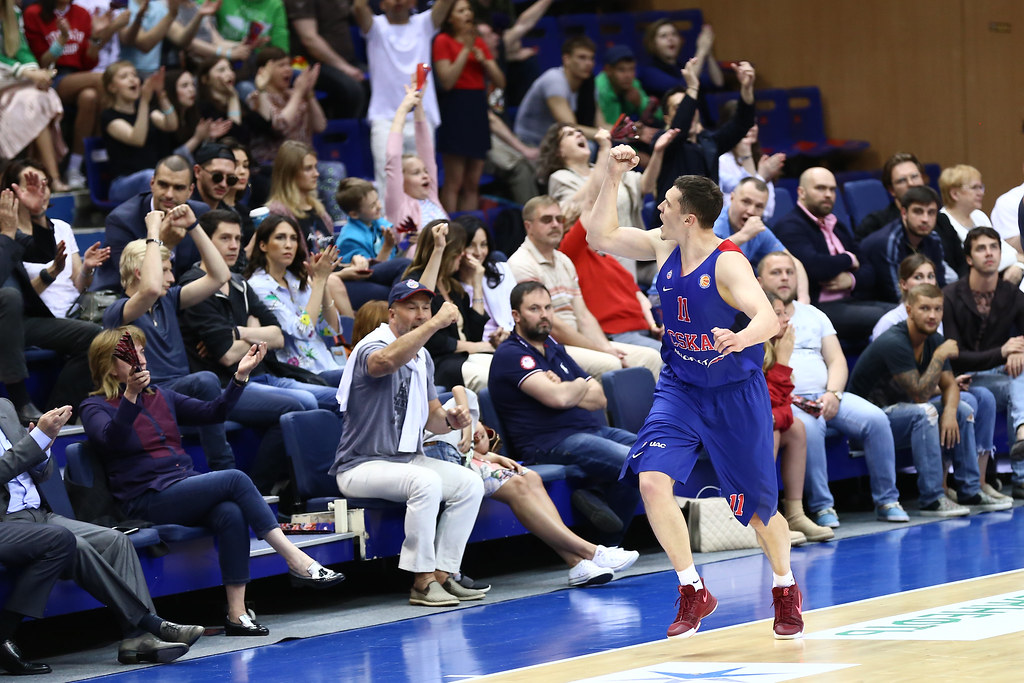