Recap
CSKA took care of business in Game 3, eliminating Lokomotiv-Kuban from the title chase with a convincing win before 7,000+ fans in Krasnodar.

Though the home team was able to close the gap in the 4th quarter, the Army Men dominated the opening 30 minutes to clinch the series sweep.

CSKA drained seven of eight field goals to start the game, including two 3-pointers from Aaron Jackson. Leading 23-17 through 10 minutes, the visitors pushed the lead to 12 at halftime, then 21 entering the 4th.

The backcourt of Milos Teodosic, Nando De Colo and Aaron Jackson, not surprisingly, did most of the damage, combining for 39 points. Jackson, who gave CSKA the early lead, finished with an efficient 10 points to go with six rebounds, six assists and only two turnovers.

Lokomotiv rallied in the 4th quarter, reducing a 21-point deficit to eight with 1:33 remaining. But Teodosic converted twice at the free-throw line on the following possession and the Railwaymen soon ran out of time.

With the victory, CSKA advances to the finals, where it awaits the winner of the Zenit – Khimki series. Lokomotiv, meanwhile, looks ahead to the 2017-2018 campaign.

Stat
37-70 – CSKA shot 53% from beyond the arc in the series. The Army Men led the League in three-point shooting during the regular season and displayed its full arsenal against the Railwaymen in the semifinals.

Quotes
Lokomotiv-Kuban head coach Sasa Obradovic:
– Thank you to all the Loko fans! Given several factors–the poor start to the season, coaching change, injuries during the regular season and the loss of Kevin Jones–I think you can say we had a decent season. The better team advanced to the finals. That was especially evident in the final game. But I can’t fault my guys for their energy. They did everything they could. Thank you to the management, team, sponsors and fans for this year. We’ll keep working and getting better.

CSKA head coach Dimitris Itoudis:
– Congratulations to the team on a 3-0 series win. I want to give Loko credit. That’s an excellent team and strong opponent. Recapping the series, I’d say the first game was the most difficult. We’d only returned from the EuroLeague Final Four and clearly weren’t ready emotionally. Often teams that are the underdogs play looser and try to steal a win in one of the first two games. They hit tough shots. Today, Lokomotiv was under pressure in an elimination game and didn’t shoot as well for that reason. From game to game, we played smarter, made quicker decisions and took away our opponent’s strengths. We moved better, rebounded better, and handled a physical battle. We played almost perfect for three quarters. Then, like I told the team in a timeout, we thought the time would play for us. Nonetheless, I’m satisfied, especially with the defense. In Game 3, we only gave up 66 points, and 71 in Game 2. Now we’ll await our opponent in the finals and take advantage of the opportunity to rest. I also want to thank the fans. There were nearly 7,500 and they created a wonderful atmosphere. 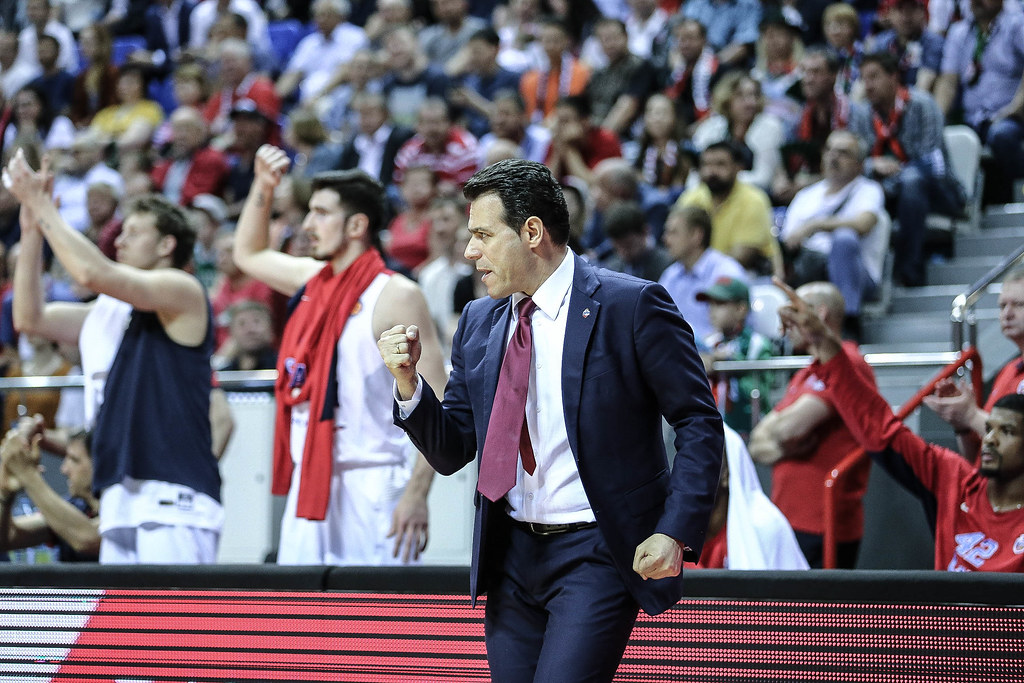