Recap
Leading by as much as 16 midway through the 2nd quarter, visiting Khimki had an excellent chance to steal home-court advantage in Game 2 of the semifinals.

But a two-and-a-half minute scoring drought allowed Zenit to go on a 9-0 run and close out a huge Game 2 victory.

Ryan Toolson and Sergey Karasev led the way for the home team, scoring a team-high 24 and 21 points, respectively. Karasev’s driving layup tied the game at 84-84, while Toolson drained the go-ahead jumper and converted twice at the free-throw line in the final seconds to secure victory.

Early on, it looked like Khimki might boatrace Zenit and restore equilibrium in the series. Shved knocked down a pair of 3-pointers in the first five minutes as Dusko Ivanovic’s men stormed to an 18-4 lead.

Two 3-pointers from Viacheslav Zaitcev, meanwhile, stretched Khimki’s edge to a game-high 16, 38-22, midway through the 2nd.

Zenit, however, was able to pull within nine at halftime on Stefan Markovic’s 3-pointer and never trailed by more than 10 points the rest of the way.

Alexey Shved, despite a team-high 23 points to go with 12 assists, struggled to get going in the second half, shooting 2-13 over the final 20 minutes.

With the victory, Zenit takes a 2-0 lead in the series. Khimki faces a must-win on Tuesday in Game 3, hoping to stay alive at home and force a return to St. Petersburg for Game 5.

Quotes
Zenit head coach Vasily Karasev:
– I want to thank the fans who came to the game and supported us throughout the contest. They helped us squeeze out a very tough game. We managed to win thanks to our work and that’s the most important thing.

Khimki head coach Dusko Ivanovic:
– We lost two games on the road, but now the series starts over and we’re ready to play two games at home. I believe in my team. We can win two and three games in a row. Shved’s fatigue? Everyone’s in the same position. On the court, no one thinks about fatigue, only winning. He’ll also be ready for the next game. 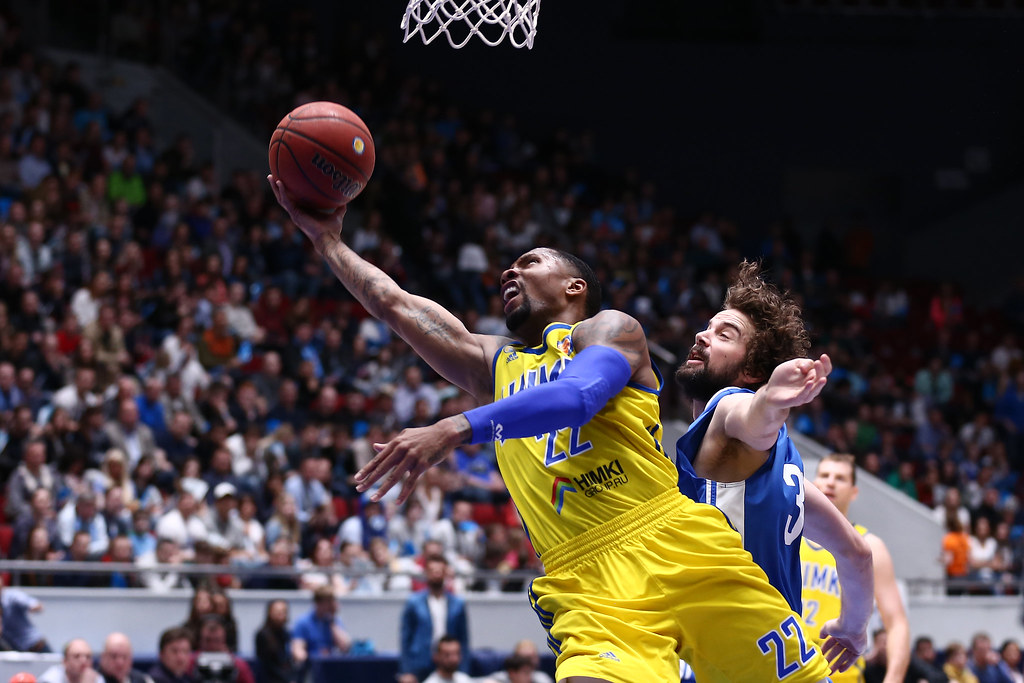