Recap
Lokomotiv opened the game on a 13-0 run and never trailed, advancing to the playoff semifinals with an 84-79 win in Kazan. Taylor Rochestie led the visitors in scoring for the third consecutive game, scoring 21 points on 7-14 shooting.

UNICS struck first in the series, picking up a 71-62 win in Game 1. But the emergence of Rochestie, who averaged nearly 20 points per game, and Loko’s momentum-shifting win in Game 3, put Kazan on the ropes entering Game 4 at home.

Unfortunately for UNICS, the team’s stars never got going on Friday. Keith Langford, Anton Ponkrashov and Quino Colom combined to go 10-36 from the field, while big man Artsiom Parakhouski had only six points and five rebounds.

To its credit, UNICS never quit. A strong 2nd quarter cut the deficit to five at halftime, 50-45.

Krasnodar bounced back, leading by as much as 14 in the 3rd quarter. With under five minutes remaining in the 4th, the visitors enjoyed a 10-point lead, 75-65.

Needing a miracle, Ponkrashov, Langford and Vadim Panin combined for four 3-pointers, pulling with two points, 81-79, and less than 30 seconds to go.

Matt Janning, however, was able to convert two free throws at the other end and Langford’s 3-pointer missed the mark at the other end, helping the visitors escape with a series-clinching win.

Quotes
UNICS head coach Evgeny Pashutin:
– Lokomotiv deserved to win. We started terribly for a playoff game and gave away the momentum. We didn’t defend well enough against Rochestie. Later, we got back in the game and started playing defense in the 2nd and 4th quarters. It’s not enough to play only 20-25 minutes in these types of games. In the first game, we controlled the momentum and won. The second game was a lot more up and down. In the third game we were pretty physical on defense. In the fourth, only sporadically. We trailed by 10 points almost the entire game. Playing that passively at home when we should have battled for a high-placed finish is not acceptable, of course. The guys locked in during the 4th quarter and we came back. But you need to play like that all 40 minutes. We scored as much as we had in the entire series, but still lost because of poor defense. Once again, I want to thank everyone: the club, the players. Of course, it was a tough season, but life goes on.

Lokomotiv-Kuban head coach Sasa Obradovic:
– It was a good game, though maybe not Kazan’s best. But that’s sports and competition. Over the entire season, UNICS played well in two of the toughest leagues: the EuroLeague and VTB United League. That’s worthy of respect. This time we won, but that’s sports. Someone wins, someone loses. You can’t say UNICS didn’t compete. We’re happy to be in the semifinals. We’ll play against CSKA. I think we’ve shown throughout the season we’re worthy of reaching this stage. What do I expect from the series? Lokomotiv-Kuban winning 3-0. 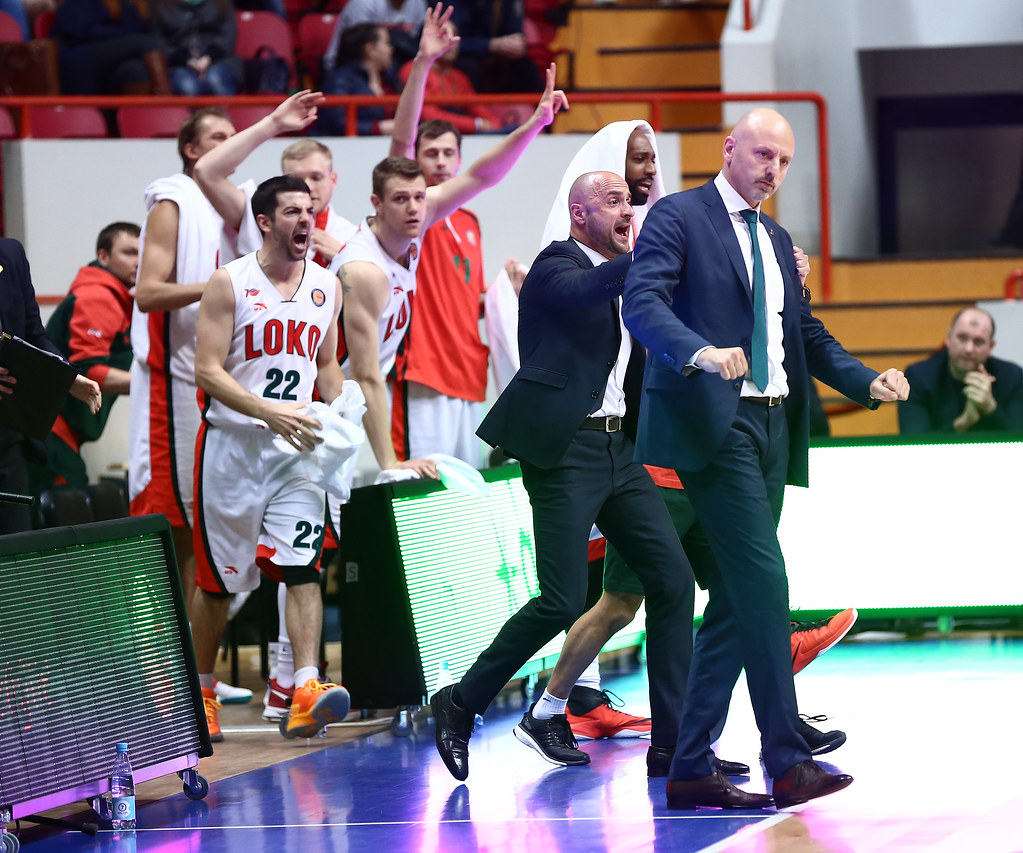