Build-Up
This was the 4th meeting between Lokomotiv and Zenit this season, including the EuroCup. The first half ended in a stalemate as the two familiar foes tested one another out. St. Petersburg, despite struggling to shoot from outside, held a four-point lead at the 20-minute mark (47-43), thanks to a mini run late in the 2nd quarter. Ryan Toolson, Sergey Karasev and Stefan Markovic did the most damage for the visitors.

Lokomotiv dominated the 3rd. Led by Ian Vougioukas in the frontcourt and some nice plays from Taylor Rochestie, Krasnodar roared to a six-point lead, outscoring Zenit by 10 in the period.

Turning Point
Seven straight points from Karasev and a Toolson ‘3’ gave the visitors a 10-0 run to open the 4th quarter. Krasnodar bounced back following a timeout and only trailed by a point, 79-78, with a minute remaining thanks to a big bucket from Matt Janning.

Markovic was able to feed Evgeny Valiev on the following possession, and after Janning responded with another two points, drained two free throws to restore a three-point lead in the final seconds.

Loko had a couple chances to tie it, but Janning missed a 3-pointer and Kevin Jones was blocked after an offensive rebound, allowing Zenit to grab the win on the road. St. Petersburg has now won 12 straight in the League.

Star
Stefan Markovic. The Serb managed Zenit’s offense (seven assists) and wasn’t afraid to score (17 points), including some huge points down the stretch.

Stat
21 – number of Lokomotiv turnovers. St. Petersburg only gave the ball away 13 times.

Quotes
Lokomotiv-Kuban head coach Sasa Obradovic:
– This was a painful loss and our first setback to Zenit this season. We should have won today. It has a big impact on playoff seeding, but we couldn’t afford to turn the ball over 21 times. When we led by 10 points in the second half, we let them get back into it. Zenit punished us for every mistake. Plus, we made another mistake at the end when we fouled. We didn’t want to do that. It happens, people lose focus, and that mistake really cost us at the end.

Zenit head coach Vasily Karasev:
– Mentally, we had to win today. We lost to Lokomotiv three times this season and needed to prove to ourselves that we can play against this team and beat it. We sacrificed our play inside this game, because we couldn’t match our opponent in the halfcourt. At the beginning of the game, we couldn’t hit our shots, but we stuck to the game plan and hit them in the end. 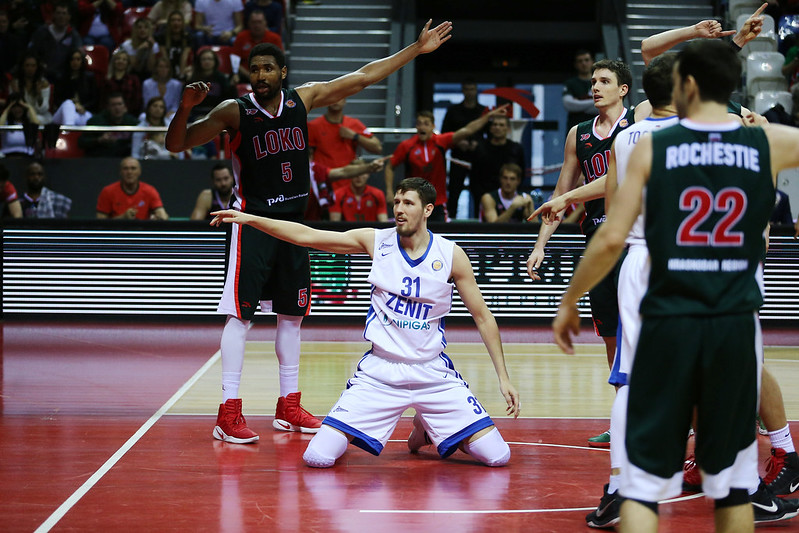 Up Next
Lokomotiv-Kuban: April 3 vs. Avtodor
Zenit: April 9 at Khimki