Build-Up
One of the League’s hottest offenses (Khimki) butted heads with the stingiest defense (Lokomotiv) on Friday afternoon in Krasnodar.

During the first quarter and a half, it looked like Lokomotiv had all the answers. Led by a barrage of 3-pointers, Kuban surged to a 31-17 lead with nine minutes to go in the first half, including this insane buzzer-beater from Ryan Broekhoff.

The home team remained in control until midway through the 2nd quarter, when Khimki’s outside shooting suddenly caught fire. Alexey Shved and E.J. Rowland each hit a pair of 3-pointers as Moscow Region erupted for 21 points in the final five minutes of the 1st half to go ahead 50-43.

Turning Point
Krasnodar got back on track in the 3rd quarter, holding the visitors to 16 points to pull within four, 66-62, entering the 4th.

That set up a dramatic finish, one that featured 10 lead changes over the final 10 minutes.

With less than three minutes to go, Mardy Collins appeared to put Kuban in the driver’s seat, converting a three-point play and knocking down a 3-pointer to put Lokomotiv on top, 82-80. Kevin Jones followed with a jumper, giving the home team a four-point lead with only 1:36 to play.

But Shved, who finished with a game-high 29 points, refused to let the game slip away. Back-to-back dagger 3’s put Khimki ahead by two, 30 seconds to go.

Krasnodar had multiple chances, but couldn’t get anything to drop, allowing the visitors to pick up a huge win in the race for playoff seeding.

Stat
14-28 – Khimki won this game with its three-point shooting. Five 3-pointers to end the first half helped Khimki erase an early deficit, while Shved’s daggers in the final minutes delivered a win.

Quotes
Lokomotiv-Kuban head coach Sasa Obradovic:
– This was a wonderful game to watch. Both teams gave everything they had. You could sense the game’s importance in every move on the court. Congratulations to both teams on the level of basketball! But the little things often decide a game. Shved shouldn’t have taken as many shots. We prepared to stop him from taking them, but he’s an incredible player and they were his shots. There were moments when we could have taken control, but made some very basic mistakes. I can’t complain about my players. They gave everything today. Maybe the more fortunate team won today.

Khimki head coach Dusko Ivanovic:
– This was a very tough game. I think both teams wanted to win. It’s good that we were able to. Lokomotiv played extremely well. Overall, they have been terrific since changing coaches. This is one of the best teams in the VTB United League. You don’t need any extra motivation to play them. From that perspective, it was easy. After the 1st quarter, we managed to change the nature of the game and give more effort. We played poorly at the beginning, but in the end, and this is most important–it’s how you execute during the final 10 minutes of the game. 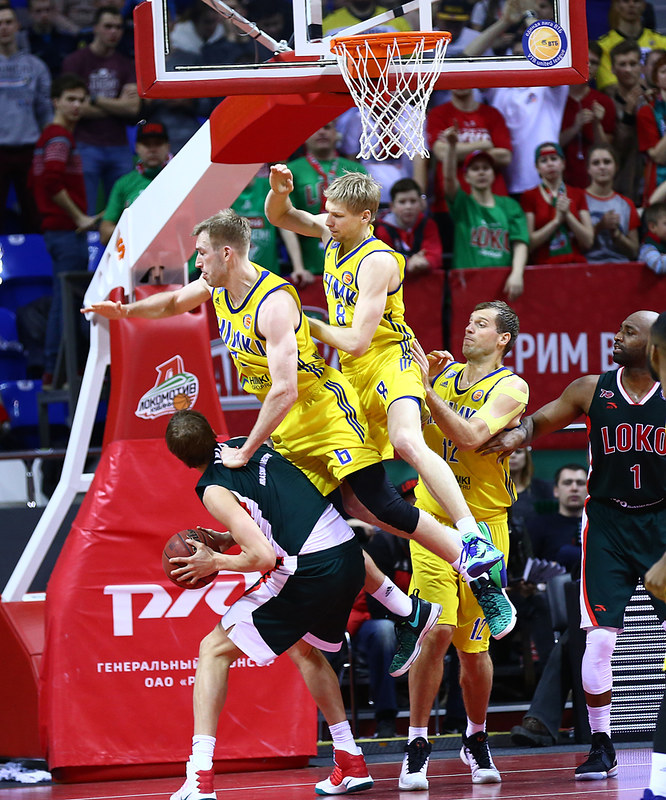 Up Next
Lokomotiv-Kuban: March 19 at Parma
Khimki: March 5 vs. Tsmoki-Minsk