Recap
Lokomotiv jumped out to a 14-4 lead behind balanced scoring and outstanding defense. Astana didn’t score its second field goal until the six-minute mark, a Rob Lowery lay-up that made it 14-6.

After giving up only nine points in the 1st quarter, Loko quickly stretched the advantage to 29-14, behind a 7-0 run from Andrei Zubkov.

Trailing by 13 at halftime and as much as 19 early in the 3rd quarter, Astana did cut the deficit to eight thanks to a 12-1 run, but the rally fell short.

Kevin Jones and Mardy Collins combined on a 6-0 run to stifle Astana’s comeback and the home team never got closer than 13 the rest of the way.

Lokomotiv-Kuban picks up its 7th win in a row to improve to 7-2. Astana misses a chance to close the gap on 5th place, dropping to 5-4.

Stat
21.7% – Astana was a combined 10-46 from the field. Even a big day at the charity stripe (28 made free throws) could have been much better, given Astana’s astonishing 42 attempts.

The Kazakh club simply couldn’t put the ball in the basket en route to a season-low 51 points.

Quotes
Astana head coach Ilias Papatheodorou:
– Congratulations to Lokomotiv on the win. They completely deserved it. From the opening minute, our opponent applied a press and didn’t let us find our rhythm on offense. That’s the first reason we lost the game. We tried to find a solution and use our defense, but it didn’t work out.

Lokomotiv-Kuban head coach Sasa Obradovic:
– This was an excellent strategic game. We stopped Astana’s leaders, Miller and Lowery. We broke down how they play. It was a tough game. We arrived early in Kazakhstan and needed a lot of time to find our game, but we managed to win.

Up Next
Astana: December 21 at Zenit
Lokomotiv-Kuban: December 18 at Zenit 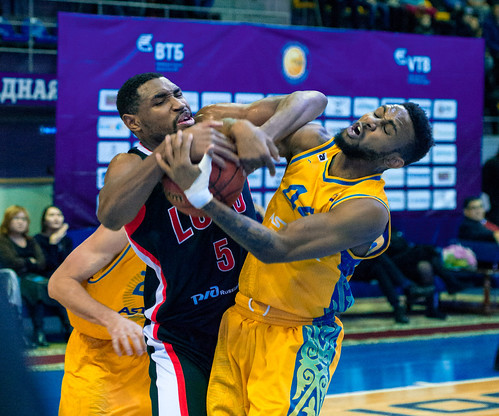